Crown Brewing has been serving award winning craft beer since 2008.

The dream was bringing great craft beer back to the city of Crown Point, which was once home to a large regional brewery (Crown Brewing) which closed in 1916. In addition to bringing back great beer, they brought back the name which has grown to become part of the Crown Point community once again. The brewery participates in community events and has teamed up with the city of Crown Point to host an annual Oktoberfest celebration. The Brewery is currently owned by Dave Bryan along with Brewmaster Steve Mazylewski continue to be recognized for their unique flavored brews and rotating seasonal menu offerings. Steve is well known for making tasty beers, but his favorite beers to brew are full flavored lagers. He was trained in Germany, and has been brewing professionally for nearly 25 years, joining Crown Brewing in 2009. 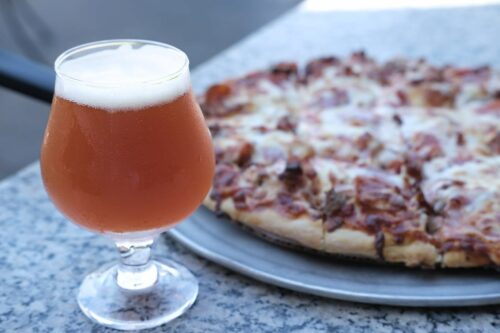 About Indiana Grown
The Indiana Grown initiative aims to not only form a clearer designation of which products truly come from Indiana, but to also help Hoosier consumers easily identify and buy these products. We truly believe everyone has a chance to share in the success of the initiative; whether it’s a large or small operation, high-tech or low-tech, traditional or non-traditional.